Have you ever heard of Littermate Syndrome? | Limitless Canines 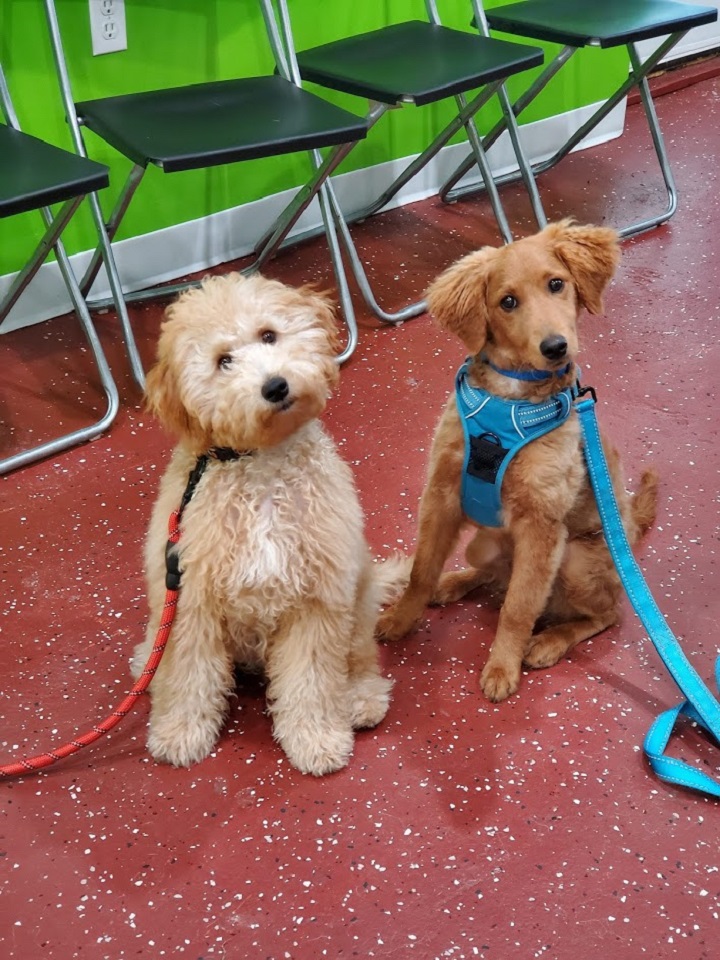 The more the merrier does not apply when talking about puppies.

What's better than one puppy? How about two puppies? NOPE. 🐶

The thought is that theyâ€™ll feel more comfortable in their new home with a brother or sister. They can keep each other company and play with each other when youâ€™re not around. But sometimes, this can backfire on dog owners, resulting in behavioral challenges. The name for this problem: Littermate Syndrome

Many reputable shelters and breeders will refuse to place two littermates in the same household. The reason, according to professional dog trainer Jeff Stallings:

â€œAnecdotal evidence suggests that behavioral issues may arise during key development periods because the two puppiesâ€™ deep bond impedes their individual ability to absorb and grasp the nuances of human and canine communication.â€

So what is Littermate Syndrome?

Like just about every other subject in the world, there are two schools of thought on the issue. Some advocate for the practice of buying puppies together, others discourage it. Those against it say that puppy siblings could bond so closely with each other that it makes bonding with other family members and other dogs more difficult. The phenomenon, known as littermate syndrome, doesnâ€™t occur in every single pair of littermates who are raised in the same home. However, it happens often enough that experts in canine behavior and the human-canine bond advise against bringing home siblings.

How Littermate syndrome may present?

At times, littermate syndrome can take the form of non-stop fighting between the siblings. Bullying and aggression between siblings seems to happen more often than between unrelated dogs, and it can get nasty. Many well-intentioned dog owners have terrible tales to tell about the harm caused to one sibling by the other. Shelters have stories as well of pairs (or one of a pair) being returned because the owner feared for the well-being of the sibling being bullied.

Unhealthy emotional dependence can be another symptom.

Nicole Wilde, canine behavior expert and author of â€œDonâ€™t Leave Me!â€ believes the separation anxiety between littermates is the result of hyper-attachment, which is also what interferes with the puppiesâ€™ ability to be properly socialized.

â€œPeople assume that having two same-age pups who play together and interact constantly covers their dog-dog socialization needs,â€ Wilde told Stallings, â€œbut they in fact donâ€™t learn how other [dogs] play and have no idea about social skills with other puppies, adolescents or adult dogs."

â€œPerhaps one puppy is a bit of a bully, which his littermate puts up with,â€ Wilde continued, â€œbut his rude behavior might not be tolerated by a new dog in a new setting.â€

Many canine behavior experts feel itâ€™s best to rehome one of the siblings when a pair is showing early signs of littermate syndrome, so that both puppies have the opportunity to grow separately into stable, balanced adults.

Since this can be a difficult time for the original owners, itâ€™s often easier to have prospective new owners meet both puppies and decide which one to take.

Uhâ€¦I already have littermates! What now?

Like most behaviors, there are many ways that you can prevent or lessen the effects of littermate syndrome. Prevention is always the first step that should be taken, and this starts as soon as you bring the puppies home.

The longer you wait to deal with littermate syndrome, the more difficult it is going to be, and the more traumatic for the puppies. As soon as they are old enough to begin socialization, every week that goes by makes it more difficult to fix the issue.

I need help with my dog!